This spotlight will highlight the educational and professional journeys of the faculty and students. 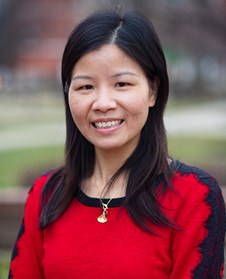 Research Assistant Professor, Jinju Wang, Ph.D., recently joined the department of biomedical sciences at Marshall University Joan C. Edwards School of Medicine. Wang, originally from China, received her Bachelor of Science in Nursing from Nanhua University, located in Hunan, China. Soon after, Wang moved from China to Dayton, OH with her husband, who is also a research scientist.

While living in Dayton, Wang attended Wright State University. It was during her graduate coursework that she felt inspired to pursue a career in vascular disease research. “My first volunteer research job focused on ischemic stroke and fostered my research interest. After that, I decided to obtain a Ph.D. degree in Biomedical Sciences.” Wang said.

Furthermore, Wang comes from a family with vascular disease. “My grandma is an ischemic stroke survivor; my dad has varicose veins of lower extremity for many years. I always wish I could do something to improve their life quality and make their life easier,” Wang said.

The month of May is National Stroke Awareness month, which was created to promote public awareness and reduce the incidence of stroke in the United States. Wang’s research focuses on establishing extracellular vesicle-based therapy for vascular diseases such as hypertension, ischemic stroke and diabetes. Her research has contributed mechanistic support to establish novel treatment plans for ischemic stroke.

Countries in Central Asia have among the highest mortality rates attributable to ischemic stroke, according to the 2021 American Heart Association Heart Disease and Stroke Statistics Fact Sheet. Wang hopes to contribute to the Asian American and Pacific Islander (AAPI) student and community through her mentoring, collaboration, and research. 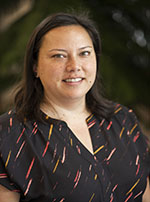 Cassaundra White is a third-year biomedical research Ph.D. candidate at the Marshall University Joan C. Edwards School of Medicine. White was born and raised in Fontana, CA, but her family is originally from a small farming island, Moloka`i, HI. As a first-generation student White struggled while navigating her way through college as an undergraduate student, but persevered and received her Bachelor of Arts in biological anthropology from the University of California, San Diego (UCSD).

White chose to stay working in a lab at UCSD for two and half years studying the structure and function of giardia lambia. Shortly after, White went on to receive a graduate degree in health and international development from Flinders University in Adelaide, Australia. After living in Australia, White returned home and began a clinical research job at Loma Linda University Medical Center. While working as a clinical researcher, she began to realize how much she truly enjoyed working in a basic science field and wanted to obtain a job that would get her back in the lab.

Due to her poor academic record during her first undergraduate degree, White decided to first pursue community college science courses, and then attend Chaminade University of Honolulu in Honolulu, HI. While here she embraced her island culture, and graduated magnum cum laude with a Bachelor of Science in forensic science. White attended an Annual Biomedical Research Conference for Minority students (ABRCMS), and felt drawn to Marshall University as she believed it would provide the environment she would succeed in after speaking with recruiters and faculty. Under the direction of Maria Serrat, Ph.D., associate professor of biomedical science, White’s research is focused on how environmental factors can affect bone development.  She notes, “My PhD thesis project is planned to examine how diet during critical time periods of growth can alter cellular pathways in the growth plate enough to have detrimental effects on the skeleton that could become permanent.”

White is hopeful her research will give back to the Asian American and Pacific Islander (AAPI) community; she is also hopeful that her struggle and perseverance will inspire others.  “The Polynesian community is grossly under-represented in the STEM field mostly because there are not many opportunities on our home island,” adding “ I hope to show other Polynesian, especially Native Hawaiian, women that it is possible to excel in the STEM field and still uphold our culture and communities,” White stated.  Already an excellent role model, she is presenting her work this week at the National Experimental Biology (EB) Conference. White received the American Association for Anatomy Registration Award at the EB conference and is a finalist for the Graduate Student Poster Presentation Award for her abstract titled: High-fat diet alters body composition and serum cytokines before the overt onset of obesity.