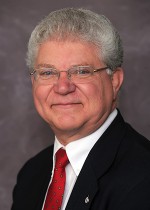 I was Chair of the Department of Pharmacology from 1986-2005, and when my department was merged with the Department of Physiology, I was made Chair of the combined department, a position I still hold. Over the years, I have mentored numerous undergraduate (26), graduate (40) and medical students (18), postdoctoral fellows (7) and faculty members, both within and outside my department and institution. In addition, I am the principal investigator of the NIH-funded West Virginia IDeA Network of Biomedical Research Excellence (WV-INBRE). In this capacity, I oversee a state-wide network composed primarily of new investigators at primarily undergraduate institutions across West Virginia, and serve as mentor for several of them. I have also served as a mentor for COBRE investigators at Marshall University and reviewed COBRE and other IDeA applications for NIH. Thus, I have over 30 years of experience as a mentor in many different capacities. It is also worth noting that my laboratory has been involved in translational research. One of our recent projects involves examining the pharmacogenetics of humans who died from methadone overdose. Working with medical examiner’s offices in West Virginia and Kentucky, we have obtained DNA from autopsy blood cards and are examining single nucleotide polymorphisms (SNPs) in cytochrome P450s (CYPs) related to methadone metabolism as a possible explanation for the overdose deaths and as a predictive tool for preventing methadone overdose in patients taking the drug for addiction treatment or cancer pain. We are also collaborating with Dr. Monica Valentovic, Marshall University, on a project to find adjunctive treatments to prevent cisplatin nephrotoxicity and with Dr. Yi Chen, Alderson Broaddus University, to find natural products that can be used in the treatment of ovarian cancer. Lastly, as part of our work in the field of nephrotoxicity, we have examined the role of renal transporters in the accumulation of the toxicants we are studying.

Project #1: Halogenated anilines are commonly used chemical intermediates in the manufacture of dyes, drugs, agricultural herbicides and fungicides and thousands of other products. Exposure to a halogenated aniline can result in a number of toxicities including toxicity to the blood, liver and kidney. This project seeks to determine structure-toxicity relationships, the chemical species (parent compound or metabolite) responsible for liver and kidney damage, the roles of free radicals in kidney injury, and the mechanism(s) by which nephrotoxicity occurs. Compounds under study include chloro- and bromoanilines, chloronitrobenzenes, and halogenated benzenes.

Project #2: Methadone is a drug used to reduce the dependence of heroin addicts to heroin. Methadone is also used to treat chronic, severe pain. However, some methadone users die unexpectedly when using normal doses of methadone. Preliminary studies have suggested that there may be a defect in the inactivation of methadone in the liver in these individuals who die unexpectedly. The purpose of this study is to determine if genetic polymorphisms in the enzymes that metabolize methadone are responsible for these deaths.