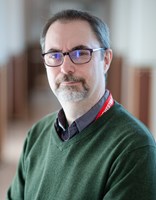 I have a varied interest in research with four major research areas. These areas all focus on endothelial cell function and tissue barriers. Though my initial studies focused on transport, my current interest is how health care issues common in Appalachia (Diabetes, hypertension substance abuse) regulate brain endothelial function and what role this plays in psychiatric disorders. My studies have been funded via federal grants at both the PPG and RO1 level. This research has resulted in 43 publications with Pubmed IDs, three other research publications, four book chapters, and one book as an editor, as well as numerous abstracts to scientific conferences.