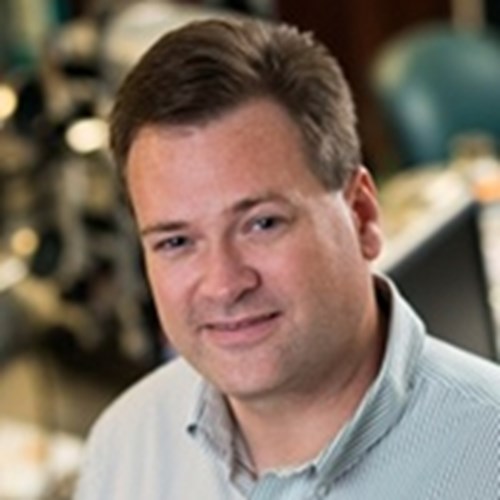 What mechanisms assist an initiated premalignant cell in progression to a fully transformed state? The answer to this key question will help us to understand why our bodies are successful in the eradication of some premalignant masses, while unsuccessful in others. Such understanding will be instrumental in designing chemotherapeutic strategies that target aspects of cancer not related to proliferation and allow for eradication and control of cancer stem cells. Since Dr. Feinberg’s initial investigations into epigenetic gene regulation and cancer it has become increasingly apparent that epigenetic gene regulation is an important aspect of cancer progression. However, as he pointed out in a review, epigenetics is not simply another layer of gene control but a potential mechanism of control of cellular variability. Thus, alteration of epigenetics can go beyond the realm of silencing of tumor suppressors and activation of oncogenes and contribute to increased heterogeneity or cellular plasticity of the tumor mass. This mechanism could be a powerful and as yet poorly described means of tumor progression and consequently a high value target for cancer therapeutics.
As many cancers evolve they acquire an addiction to Heat Shock Protein 90 (HSP90) as a result of the stochastic mutational process they rely upon for that evolution. The random nature of mutation makes it necessary that any mutation a pre-malignant cell acquires that is beneficial must be accompanied by a host of other mutations that can have deleterious effects. The addiction that cancers develop to HSP90 originates from this relationship. HSP90 has chaperonin capabilities that allow the cell to overcome problems with protein aggregation, protein misfolding, and cellular stress that are a result of deleterious changes in proteins. This is an exciting concept in chemotherapy because it offers a molecular mechanism as a target that does not rely upon the defining attribute of cancers, uncontrolled cellular proliferation, that almost all chemotherapies target. This realization has prompted a host of research efforts aimed at intelligently designed inhibitors based mainly upon geldanamycin derived inhibitors to HSP90. Unfortunately, clinical trials using these inhibitors have had lackluster success. To realize the vast potential of HSP90 as a chemotherapeutic target we must more fully understand the relationship between HSP90 and the evolution of cancers.
Impaired differentiation is a hallmark of many forms of cancer, but particularly pronounced in myeloid leukemias. The objective of my research is to identify new chemotherapeutic approaches for the treatment of myelogenous leukemia by focusing on elucidating the mechanisms of epigenetic gene regulation of myeloid cellular variation during differentiation. Epigenetic gene regulation is of preeminent importance in the control of cell identity during differentiation and is at the forefront of research in chemotherapy. The murine model system is the premiere model for studying human disease. My laboratory is using this model system to study epigenetic gene regulation of myeloid cell differentiation in the bone marrow. We are primarily interested in the role of HSP90 in controlling variation in phenotypic plasticity at the epigenetic level and its role in modulating signal transduction pathways. We are also interested in how diet and other microenvironmental cues are processed into epigenetic information and influence phenotypic variation and cancer susceptibility. We primarily use a murine cell culture system of hematopoietic stem cells to study these processes. We are also using mice in mapping studies to identify genes important in these control mechanisms, determining the nature of the regulatory mechanisms, and in testing hypotheses concerning epigenetic gene regulation.

The Question: “What are the processes that enable a normal cell to start misbehaving and become cancer cells?”  The process that cells in our bodies undergo to become cancer cells all end up producing a cell that ceases to listen and cooperate with its neighbors, which is necessary for the complex mixture of cell our bodies are.  This grant will investigate a process known as “canalization”, which much like a canal for water directs the flow of water, directs a cell as it matures to the necessary type of cell the body requires.  Disrupting this “canalization” process can cause a cell to change and lose its direction, potentially pushing it down paths that lead to cancer.

Research Goals: The research will use both cells grown in the laboratory and animal models of human leukemia, along with advanced scientific methods to test the role of canalization in the process of maturing cells and cancer development.  The research will allow students at Marshall University the opportunity to participate in cutting edge research in preparation for careers in science.

Benefit: This highly innovative proposal can have a great impact on how canalization drives cancer.  Our increased understanding of this process in cancer progression will facilitate the development of new combinatorial therapeutic strategies for most cancers.

EML cell model system: We have obtained the EML cell line from its creator Dr. Tsai.  EML cells are a suspended hematopoietic stem cell (HSC) line comprising mostly blast appearing cells that can be induced to differentiate into myeloid or lymphoid cells.  This cell line is stem cell factor dependent and has been immortalized by over expression of a dominant-negative retinoic acid receptor. Here, EML cells have been induced to differentiate into macrophages and granulocytes by addition of appropriate cytokines.

Canalization of acquired characteristics: The expression patterns of genes from one organism to the next in a particular species are diverse enough to give a wide range of phenotypes that are not present in the population (depicted on the left with a y-axis of phenotypic range). Additionally, the predominant success of the complex process of development despite high precision in cell fate decisions and spatial relationships suggests a mechanism for buffering for minor changes. Canalization theory states that this is the result of canalization of the preferred normal phenotype of the species during development. The present morphology of the species is favored and variations in gene expression that would result in deviation from this model are compensated for by canalizers (or capacitors) present in the system. Similar to how canals direct water, the process of canalization directs the maturation of cells to their proper cell fates.

Loss of Canalization: This diagram shows the potential ramification of the loss of canalization on cancer progression.  Here we show the ability of the known oncogene WNT, which is a cell secreted signaling molecule shown as an orange dot, to stimulate cells.  Loss of canalization could affect the gene expression level of the know negative regulator of WNT signaling. SFRPs, to repress this signal transduction cascade by sequestration of the ligand in the extracellular matrix.  Loss of canalization would produce greater variance in the secretion of SFRPs, producing cells with high levels that are refractory to WNT signaling and cells of low levels that would be easily stimulated by WNT signaling and prone to over-stimulation.

Macrophages and Pseudomonas: Epifluorescent images of naïve macrophages produced from bone marrow progenitor cells harvested from mice after a 20 minute exposure to P. aeruginosa. The nuclei are stained red with ethidium bromide, while the endoplasmic reticulum is stained blue with ER-Tracker™ Blue-White DPX and the bacteria appear green due to GFP expression (white arrows).