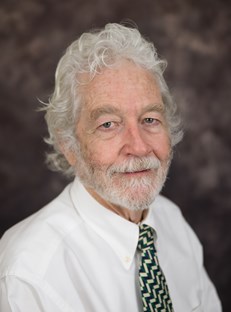 HUNTINGTON, W.Va. – John B. Walden, M.D., served the Marshall University Joan C. Edwards School of Medicine and the community for nearly four decades. His knowledge of rural medicine and international health extended to the medical students and residents he trained through the Department of Family and Community Health over the years.

In memory of Dr. Walden, their father, who passed away on Jan. 23, 2020, his children, Ilanna M. Garzon and Eric G. Walden, have established a new scholarship at the Joan C. Edwards School of Medicine dedicated to supporting West Virginia students. The John B. Walden Memorial Scholarship is designated for first-year medical students, with first preference given to students from Lincoln County, West Virginia, and second preference to students from Cabell County, West Virginia.

"I think Dad would have loved the idea of this gift from his estate benefiting medical students from Lincoln or Cabell counties," Eric Walden said. “Although he completed more than 150 treks into the jungle and initiated modern health care practices to countless peoples and their societies in Central and South America, West Virginia was always home. Dad took what he learned in rural and remote regions of the world and implemented them here and into the curriculum he taught.”

John Walden was a third-generation family physician from Lincoln County, who followed in the family tradition to serve as a primary care physician to the people of Hamlin, West Virginia. He worked in private practice for a decade in West Hamlin before joining the Joan C. Edwards School of Medicine as a full-time faculty member in 1982.

During his tenure in Marshall’s Department of Family and Community Health, John Walden served as chair from 2008 to 2013. Among other responsibilities, he also led the family practice residency and helped establish residency tracks in international/global medicine and wilderness medicine—both of which became the first of their kind in the country.

“Both Eric and I, along with the Walden family, are so thankful for this incredible honor to memorialize our father while benefiting future medical students,” Garzon said.