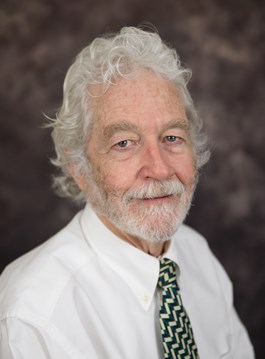 Dr. Walden brought his passion for patient care, particularly in rural and remote regions of the world, with him as he taught medical students and residents throughout his 38-year tenure at the School of Medicine. He was dedicated to clinical ability and took great pleasure in training the next generation of young medical minds. He was a third generation family physician from Lincoln County who followed in the family tradition to serve as a primary care physician to the people of Hamlin, West Virginia.

Dr. Walden was renowned for his love and preservation of the jungle and its mystical inhabitants, the indigenous tribes of the Amazon basin. Spanning four decades and completing over 150 treks into the jungle, he initiated and implemented modern healthcare practices to countless peoples and their societies in Central and South America. His dedication to their preservation awarded him a great number of professional honors and distinctions.

Dr. Walden earned his Bachelor of Arts in Biology from the University of Virginia in Charlottesville before earning his Doctor of Medicine from West Virginia University in Morgantown. He completed training at Gorgas U.S. Army Hospital in the Canal Zone, Gorgas Memorial Institute of Tropical and Preventive Medicine in Panama, Walter Reed Army Institute of Research in Washington, D.C., and the Liverpool School of Tropical Medicine and Hygiene in Liverpool, England.

Dr. Walden was in private practice for a decade in West Hamlin, West Virginia, before joining the Marshall School of Medicine as a full-time faculty member in 1982. During his tenure in Marshall’s Department of Family & Community Health, Dr. Walden served as program director of the family practice residency and helped establish residency tracks in international/global medicine and wilderness medicine—both of which became the first of their kind in the country. He also took on additional responsibilities at the School of Medicine, including chair of the admissions committee from 1989-2013 and interim chair of the Department of Psychiatry & Behavioral Medicine in 2013.