School of Medicine student has directorial debut with release of film

HUNTINGTON, W.Va.—Ryan Clagg is a typical medical student by day with his stethoscope and books in hand, but over the past several years in his free time, a movie script and eye for the camera have been his tools of the trade. 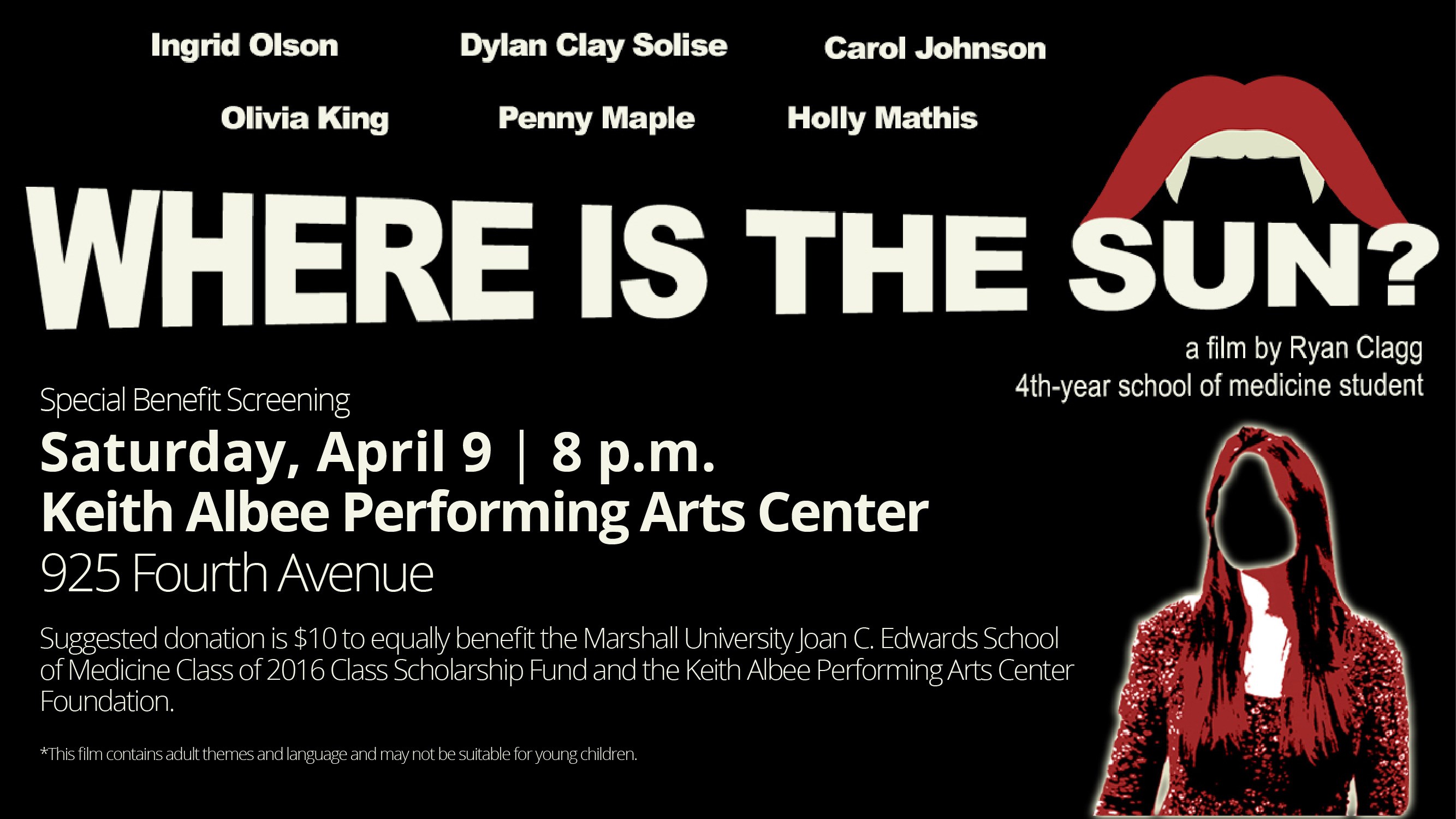 Clagg, whose undergraduate degree is in biology and film from Cornell University, has his first feature film directorial debut Saturday, April 9, with the public showing of “Where is the Sun?” at the Keith Albee Performing Arts Center.

The movie, written and directed by Clagg, centers on ordinary people with a genetic disorder that causes vampire-like tendencies. The affected individuals meet in a support group to cope with their lifestyle changes. The film chronicles their journey.

Clagg says the movie is a mix of genres, best described as a drama with elements of both comedy and horror. It was shot over the summer of 2013 in Huntington, Barboursville and Milton and edited by Clagg during his free time.

“This film was an excellent outlet for me as I encountered the typical stresses of medical school,” Clagg said. “It was a perfect way to combine my interest of science and cinema.”

The movie, funded in part from crowd sourcing, has a volunteer cast including medical students and health care providers.

A suggested donation of $10 to see the movie debut will equally benefit the Marshall University Joan C. Edwards School of Medicine Class of 2016 and the Keith Albee Performing Arts Center Foundation.

While the film is not rated by the Motion Picture Association of America (MPAA), it does contain adult themes, language and graphic imagery which may not be suitable for children.

More information and updates, including a movie trailer, can be found at www.facebook.com/WhereIsTheSunMovie. 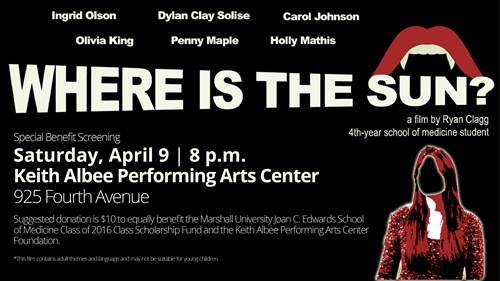