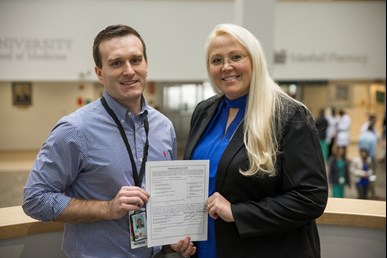 Smith received a Praise Nomination, which is awarded to employees in recognition of efforts that go above and beyond the scope of normal daily duties.  According to the nomination letter, Smith not only provided medical care for a dying veteran who had no family present, but he also worked with the individual’s state guardian and sat with the patient at his bedside for hours before he passed. 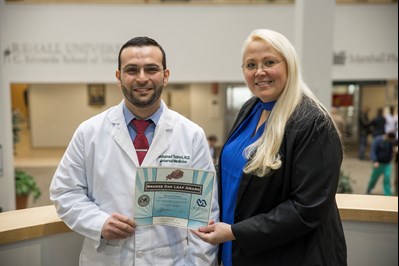 “These residents inspire everyone with their dedication and caring attitude toward their patients,” said Eva Patton-Tackett, M.D., internal medicine residency director. “In addition to their outstanding medical care, both Dr. Smith and Dr. Tashani are compassionate doctors who take the time to really connect with their patients.”

Smith and Tashani were given the awards during a presentation last month at the Marshall University Medical Center.