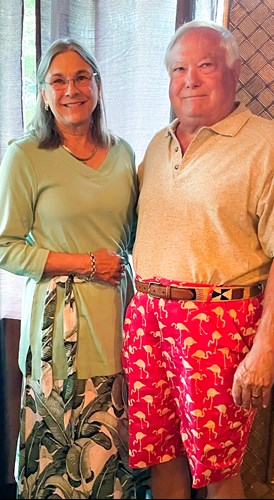 The Richardson family has roots in Pocahontas County, West Virginia, and Bath County, Virginia, dating back to the Revolutionary War era. Samuel Davis grew up hunting and fishing in those eastern West Virginia/western Virginia mountains.

Following two years in the U.S. Army from 1964 to 1966 and a 10-year career in the aviation industry based in Daytona Beach, Florida, from 1967 to 1977, Samuel Davis completed his undergraduate work at Marshall University. He graduated from the Joan C. Edwards School of Medicine in 1983, followed by a radiology residency at Ohio Valley Medical Center in Wheeling, West Virginia. He practiced for more than 32 years at Montgomery General Hospital in Montgomery, West Virginia, before retiring in January 2020.

For more information or to make a gift to the Joan C. Edwards School of Medicine, please contact Linda Holmes, director of development and alumni affairs, by phone at 304-691-1711 or by e-mail at holmes@marshall.edu.