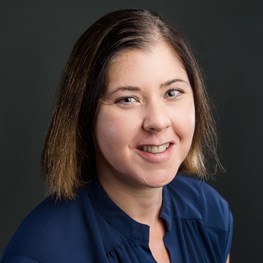 In collaboration with the Marshall University Joan C. Edwards School of Medicine, the four-year grant funds research to identity novel non-neuronal mechanisms, specifically astrocytes, that are involved in the dysregulation of neuronal activity that occurs after binge drinking. Understanding these mechanisms in the context of synaptic dysfunction and the emergence of alcohol use disorder could lead to the development of novel treatments designed to break the cycle of chronic substance abuse and the development of cognitive dysfunction in this at-risk population.

Led by Mary-Louise Risher, Ph.D., an assistant professor of biomedical sciences at the Joan C. Edwards School of Medicine and the study’s principal investigator, Risher and her team will build on their prior research related to underlying causes of alcohol-induced cognitive dysfunction and the emergence of alcohol use disorder.

According to Calhoun and colleagues (2008), Veterans between the ages of 20 and 25 are more likely to binge drink and more likely to have an alcohol use disorder than their peers aged 46 years or older, outlining the prevalence of alcohol abuse in the young Veteran population. Hazardous binge drinking can begin prior to deployment. Despite repeated binge drinking being associated with acute and long-term cognitive impairment and increased likelihood of developing alcohol use disorder, the underlying mechanisms are not well understood, Risher said. The new study will focus on further identifying the relationship between binge alcohol exposure and the retraction of astrocytes from the neuronal networks.

“Helping build addiction research at our VA Medical Center has been a goal of mine since I joined Marshall’s faculty in 2018,” Risher said. “We think that the path of drinking can influence service members’ behaviors when they return from deployment and eventually become Veterans."

Risher previously received a Career Development Award through the VA Office of Research and Development, Biomedical Laboratory Research and Development Service during her time as a postdoctoral research associate at Duke University. This is the second Merit Review grant award the Hershel “Woody” Williams VAMC has received in the last four years. The Merit Review Award Program is an intramural funding mechanism to support investigator-initiated research conducted by eligible VA investigators at VA medical centers or VA-approved sites.