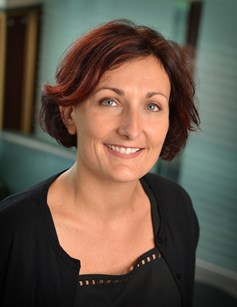 HUNTINGTON, W.Va. – Sandrine Pierre, Ph.D., associate scientific director at the Marshall Institute for Interdisciplinary Research (MIIR), has received a new grant from the National Institutes of Health (NIH) to further her research on myocardial infarction, known as a heart attack.

Pierre received a $440,000 three-year NIH Research Enhancement Award (R15), designed to support small-scale research projects that strengthen the research environment of the institution. Through the grant, Pierre and her team will explore a new Na/K-ATPase/Src pathway as a target in ischemia/reperfusion injury to limit cardiac dysfunction in hopes of developing new therapeutic interventions for the treatment of myocardial infarction and heart failure.

Myocardial infarction remains the leading cause of mortality in industrialized nations, accounting for nearly 1 in 3 deaths in the United States, and resulting in significant disability among survivors. The study will test two distinct interventions in both the acute phase of myocardial infarction as well as the chronic phase of adverse cardiac remodeling, the phase which ultimately leads to heart failure in the growing number of individuals who survive a heart attack.

This study will build on Pierre’s previous research that identified the cardioprotective properties of Na/K-ATPase signaling pathway in the cardiac myocyte.