HUNTINGTON, W.Va. — Brandon Henderson, Ph.D., an assistant professor in the department of biomedical sciences at the Marshall University Joan C. Edwards School of Medicine, is the recipient of a $650,000  National Institutes of Health (NIH) grant to continue his work on the study of nicotine addiction. 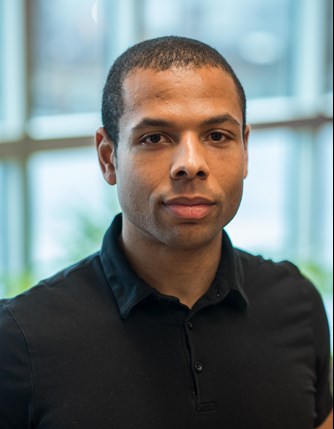 Henderson’s research focuses on a topic particularly relevant to the Appalachian region, where many of the states lead the nation in percentage of smokers.

“Nicotine is the primary addictive component in tobacco products,” Henderson said. “Since smoking and chewing tobacco are a primary cause of many forms of cancer, it is very important for us to understand how the addictive process occurs in the brain. As we gain new knowledge, we are better equipped to discover and design ways of treating addiction.”

The three-year NIH Pathway to Independence Award, which is awarded to researchers in the early stages of their careers, will allow Henderson and his team to study how the brain is changed by nicotine, specifically dopamine signaling.

“We use techniques in the fields of electrophysiology, microscopy, pharmacology and neuroscience to understand the process of addiction, “Henderson said. “With the introduction of electronic cigarettes and flavors, we are now also studying the flavors and their impact on addiction.”

Henderson joined Marshall University in January after completing postdoctoral work at California Institute of Technology and Yale University.  He graduated with a bachelor’s degree in chemistry from Ohio State University and also completed a doctoral degree in pharmacology at OSU. He is a native of Clayton, Ohio.

For more information about Henderson’s research, visit http://jcesom.marshall.edu/research/office-of-research-and-graduate-education/research-faculty/biomedical-sciences/brandon-henderson/ or www.hendersonlab.org.