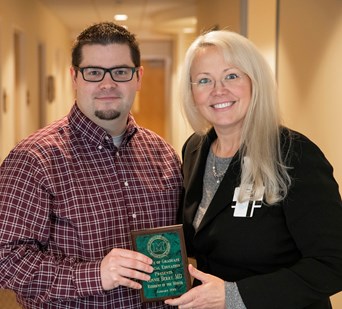 Berry, who was nominated by faculty and colleagues, is completing his third and final year at Marshall as the peer-elected chief resident of the internal medicine residency. 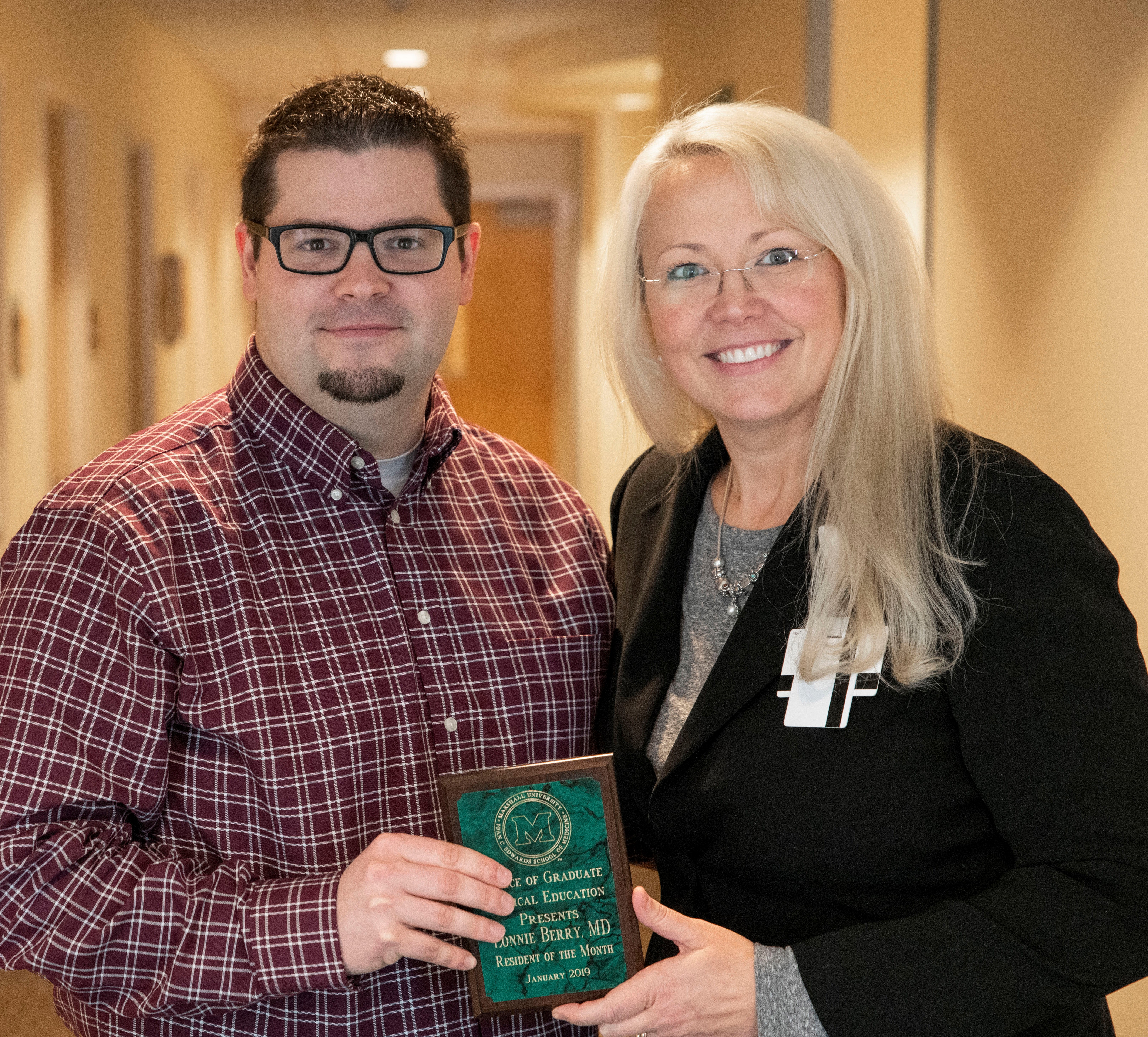 “It isn’t often we recognize a resident who is not only active in education but who is also an extraordinary clinician, administrator and patient advocate,” Wehner said. “Dr. Berry has certainly made an impression on all he comes in contact with—from hospital administration to patients and everyone in-between. I think this is the first time since we started the resident of the month award that a top hospital administrator indicated the nominee makes him want to be a better person.”

The West Virginia native graduated from Chapmanville High School before coming to Marshall to complete his undergraduate degree in chemistry. Berry also earned his medical degree from the Marshall University Joan C. Edwards School of Medicine.

“Dr. Berry is an amazing person,” said Residency Program Director Eva Patton–Tackett, M.D. “He is well accomplished as a resident, works hard, never complains and is always an excellent role model to those around him. Dr. Berry is always involved and passionate as well as fair and always goes that extra mile to make sure everyone’s needs are met.”

Berry plans to join Logan Regional Medical Center in Logan, West Virginia, as a physician in the emergency department upon completion of his training in July 2019. Berry, who is also an ordained preacher, is married to his high school sweetheart, Chasity, and they have three children, Luke, Brooke and Braxx.

As part of his recognition as the January Resident of the Month, Berry received a plaque and designated parking spot.