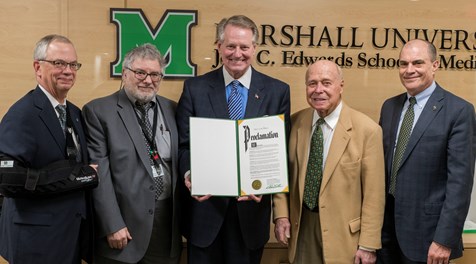 Forty years ago this month, under the direction of then-President Robert Hayes and Dean Dr. Robert Coon, the Marshall University Joan C. Edwards School of Medicine opened its doors to 24 pioneering medical students. The dedicated students agreed to attend classes during the summer of 1978 in order to graduate on time three and half years later. After years of arduous planning that included difficulty with funding and political obstacles, classes began on Jan. 3, 1978, followed by a convocation a week later on Jan. 10.

This year, the school of medicine has planned several activities including regular social media posts and a special recognition at the 2018 Investiture.