GHHS is a national honorary for those who demonstrate excellence in clinical care, leadership, compassion and dedication to service. Inducted during a ceremony May 25 at the Erma Ora Byrd Clinical Center were: 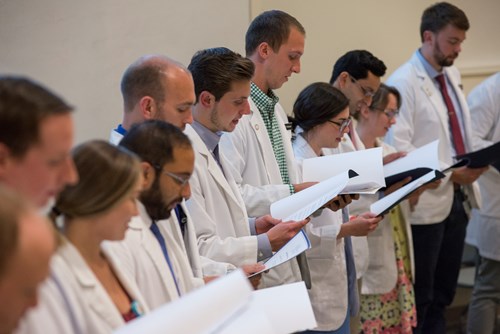 Members are nominated by their peers and selected by a committee comprised of faculty, staff, clerkship directors and GHHS members.

The Arnold P. Gold Foundation is a public, not-for-profit organization established in 1988 by Drs. Arnold and Sandra Gold, several colleagues at the Columbia University College of Physicians and Surgeons and community leaders.