GHHS is a national honorary for those who demonstrate excellence in clinical care, leadership, compassion and dedication to service. Those inducted during a ceremony March 1 at the Marshall University Memorial Student Center were: 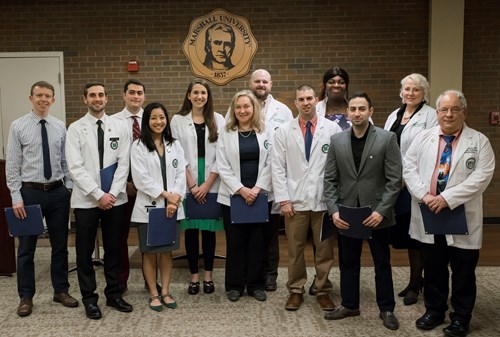 Members are nominated by their peers and selected by a committee composed of faculty, staff, clerkship directors and GHHS members.

The Arnold P. Gold Foundation is a public, not-for-profit organization established in 1988 by Drs. Arnold and Sandra Gold, several colleagues at the Columbia University College of Physicians and Surgeons and community leaders.

Additional photos are available for viewing at: https://jcesom.smugmug.com/Events/2018-Events/20180301-GHHS-Induction-Ceremony/