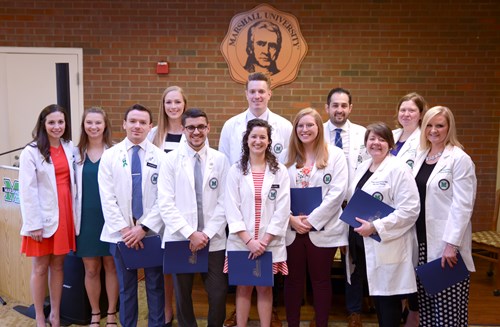 GHHS is a national honorary for those who demonstrate excellence in practicing patient-centered medical care through integrity, compassion, altruism, respect and empathy. Members are selected as third-year medical students. Residents, faculty and administrators may also be recognized for humanistic practice at various stages in their careers.

Members are nominated by their peers and selected by a committee composed of faculty, staff, clerkship directors and GHHS members. New inductees to the Marshall chapter include:

GHHS is an international initiative of the Arnold P. Gold Foundation, a public, not-for-profit organization established in 1988 by Drs. Arnold and Sandra Gold, several colleagues at the Columbia University College of Physicians and Surgeons, and community leaders.