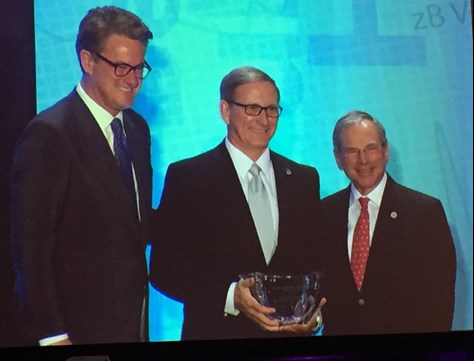 HUNTINGTON, W.Va.—Ron D. Stollings, M.D., a 1982 graduate of the Marshall University Joan C. Edwards School of Medicine, is one of eight people to have been awarded the American Medical Association’s (AMA) 2016 Nathan Davis Award for Outstanding Government Service.

Stollings, who is board-certified in internal medicine and practices in Madison, West Virginia, has served in the West Virginia Legislature since 2006. He represents Boone, Lincoln, Logan, and parts of Mingo and Wayne counties and currently serves on four legislative committees, including Health and Human Resources and Finance.

“I am so grateful to be able to serve my community as a physician and through public service in the state senate,” Stollings said. “In addition, I am extremely grateful to have wonderful mentors including Dr. Charlie McKown, Dr. Mabel Stevenson, Dr. Bertie Marshall, Dr. Skip Turner, Dr. Martha Mullett, Dr. Bill Neal, Dr. Pat Brown, Dr. Tino Amores and others. And I know these individuals share my belief that physician begins with “PH” for public health. Further, I appreciate my partners, especially Dr. Robert Atkins and staff, for working harder to allow my public service.”