Internal medicine chiefs named May Residents of the Month 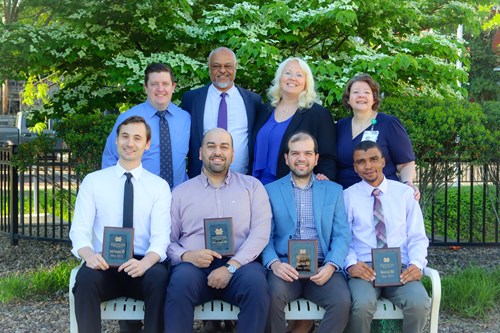 “Serving as chief residents for nearly 70 internal medicine residents is quite a challenge,” Wehner said. “Leaders are defined by how they handle adverse situations, and the way these four residents have come together to effectively lead our largest residency program during the past year is extraordinary.”

In her nomination of the chief residents, Internal Medicine Program Director Eva Patton-Tackett, M.D., wrote “that she could never nominate one of her chiefs without the other….the four of them work flawlessly like they were bonded from Day One! I amazed at how quickly they fell into unison and how well they keep the rapidly changing needs of our program a top priority and maintain a great friendship with the residents.”

Abouzid is a native of Tripoli and earned his medical degree from Tripoli University before coming to Marshall University for his internal medicine residency. After graduating in June, he will enter the pulmonary and critical care fellowship program at the Joan C. Edwards School of Medicine.

Daoud, a Jerusalem-Palestine native, graduated from Al-Quds University in Jerusalem.  After graduation in June, he will pursue a gastroenterology fellowship at Eastern Tennessee State University.

Mahdi, a native of Basra, Iraq, earned his medical degree from the University of Sharja in United Arab Emirates. Mahdi will join the internal medicine faculty at the Joan C. Edwards School of Medicine after completing his residency next month.

Poznanski, a native of Frankfurt, Germany, received his medical degree from Jagiellonian University Medical College in Kraków, Poland.  After graduation in June, Poznanski will enter a nephrology fellowship at Johns Hopkins Medicine in Baltimore, Maryland.

As part of their recognition, the four chiefs received a plaque and shared a designated parking spot. 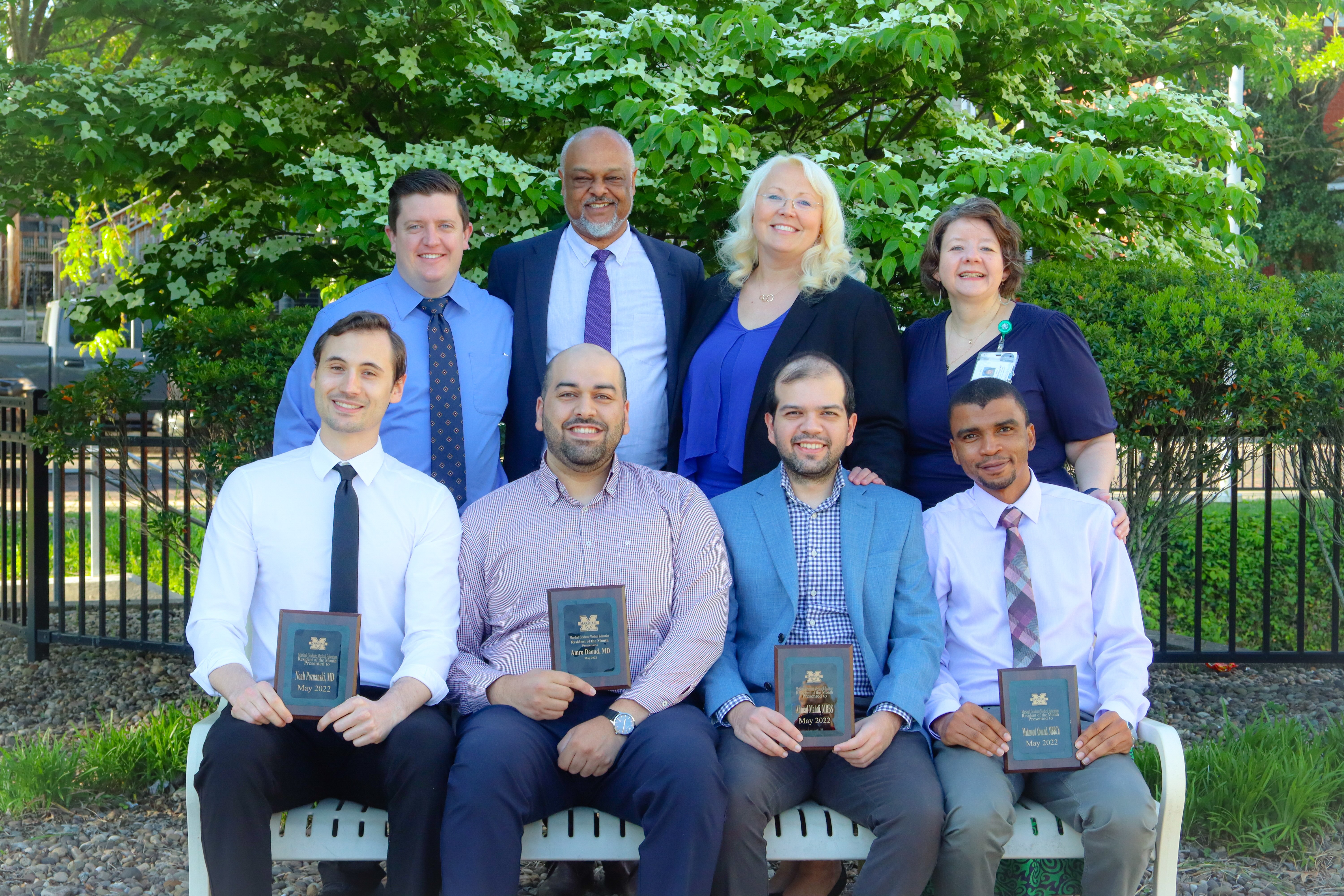