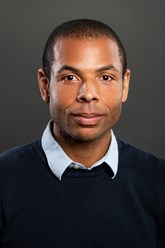 THE NEUROPHARMACOLOGY OF ADDICTION
How do addictive substances alter the brain? How do they create addictive behaviors? All drugs of abuse (cocaine, methamphetamines, nicotine, etc.) alter dopamine release in the human brain. In the case of nicotine, the primary addictive component of tobacco products, dopamine neurons are altered so that more dopamine is released during their highly excitable (phasic) periods of activation. Our lab is studying how specific populations of neurons in the midbrain (dopaminergic, GABAergic, and glutamatergic) are altered by nicotine and how this changes dopamine signaling in the brain. To do this, we use techniques in the fields of electrophysiology, microscopy, pharmacology, and neuroscience to understand how nicotinic acetylcholine receptors (the molecular target of nicotine) play a role in the addiction to nicotine. With the advent of electronic cigarettes, additional flavors that have been banned in traditional cigarettes are now available for smokers of all ages. Therefore, we also study how these flavors may alter the addiction to nicotine.

NEUROPROTECTION
Parkinson's disease is a form of neurodegeneration that results from the selective degeneration of dopamine neurons in the nigrostriatal pathway (that is, the projection of dopamine neurons from the substantia nigra pars compacta to the dorsal striatum). In recent years it has been made known that smokers exhibit a significantly reduced rate of developing Parkinson's disease. In addition to studying how nicotine mediates addiction, we are also interested in understanding how nicotine and nicotinic drugs play a role in neuroprotection against Parkinson's disease.