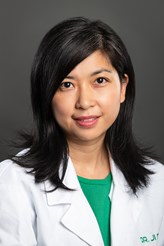 My research interests are in the areas of cerebrovascular diseases and diabetes, specifically in developing novel predictive and therapeutic avenues for ischemic stroke, hemorrhagic stroke, and vascular complications of diabetes. My ongoing research topics include:

EPC priming for functional enhancement with an angiotensin-converting enzyme (ACE2) or CXCR4 has been studied in my research. The effects of cardiovascular risk factors on the release and cargoes (proteins and microRNAs) of EPC-EXs are currently under investigation. The cross-talk mediated by MVs or EXs between endothelial cells and brain cells, as well as endothelium and keratinocytes are also currently being explored. More recently, the role of exosomes released from adipose tissue in modulating the function of vessels and the brain is being studied.

Project 1. The role of exosomes in strokes and diabetes.

Exosomes (EXs) are small vesicles of cellular membrane released from almost all types of cells in response to physiological and pathological stimuli. EXs represent a novel way of cell-to-cell communication by transferring their molecular signatures (proteins and miRs) to target cells and tissues. Thus, extracellular EXs could be the novel therapeutic target or avenue for stroke; and could be the biomarkers for stroke and diabetes patients. These studies emphasize the protective effects of EXs derived from endothelial progenitor cells (EPC-EXs) on vascular cells and neurons. We have discovered the function of EXs from different origins by carrying different molecular signatures. We also have established the approach to identify the size, concentration, and origins of EXs by using the Nanosight Tracing Analysis system (NTA). Our recent study reported that EPC-EXs could provide therapeutic effects on ischemic stroke by alleviating the acute injury and promoting long-term neurological function recovery. We are currently investigating the mechanisms that are related to their carried proteins and miRs, such as miR-126, miR-210, etc.

The approaches used for this project include in vitro cell culture and in vivo animal models. For the in vitro model, vascular cells (endothelial cells and smooth muscle cells) and neuronal cells (neurons and astrocytes) under hypoxia/reoxygenation condition (in vitro stroke model) or oxHb stimulation (in vitro hemorrhage stroke model) will be treated with a different type of EXs. For the in vivo model, we have middle cerebral occlusion (MCAO) surgery to induce ischemic stroke, and a brain microinjection model to induce a hemorrhagic stroke. After surgery, the mice will be treated with different types of EPC-EXs. Neurological behavior will be tested before collecting the brain samples for further analysis. Moreover, we also conduct translational studies to identify the biomarker of these diseases by using NTA since we have collaborations with clinicians to collect human blood samples from stroke and diabetes patients.

Project 2. The protective role of ACE2/Ang-(1-7)/Mas in strokes and ageing by counteracting the effects of ACE/Ang II/AT1.

The renin-angiotensin system (RAS) participants in the pathogenesis of stroke, primarily through the actions of the vasoactive peptide angiotensin II (Ang II) and its pathway ACE/Ang II/AT1. Angiotensin-converting enzyme 2 (ACE2) is a homolog of ACE that is abundantly expressed in the cardiovascular-related areas of the brain and blood vessels. The primary function of ACE2 is to metabolize the deleterious Ang II into Ang-(1-7), a heptapeptide with vasoprotective actions. ACE2/Ang-(1-7)/Mas, a newly identified member of RAS, has been demonstrated to counteract the effects of ACE/Ang II/AT1. Therefore, activation of the ACE2/Ang-(1-7)/Mas pathway might represent a novel target and strategy for treating strokes. Our previous publications demonstrate that ACE2 and Ang-(1-7) protects the brain from ischemic and hemorrhagic stroke. These studies also discuss the protective effects of ACE2 on EPC function and how ACE2 improves the therapeutic efficacy in ischemic stroke. We recently found that ACE2 be carried by EPC-EXs and provide an additive beneficial effect on ageing cells by decreasing apoptosis and promoting cell viability. Further studies will verify the protective effects of ACE2 on ageing animal models. In addition, the modulation of exercise on the balance of these two pathways and its implications in strokes will be studied.

The approaches for this project include in vitro cell culture and in vivo animal models as well. For the in vitro model, ageing cells induced by Ang-II treated with EPC-EXs w/wo ACE2 overexpression. For the in vivo model, we have the Renin-transgenic hypertensive mice. We also have mice with age over six-month-old. The mice will be treated with different types of EPC-EXs.

Moreover, the effect of exercise on modulating the communication of adipose tissue with the brain and vessels are also explored. It is well-known that exercise induces beneficial impacts on vascular diseases and diabetes. We have confirmed that long-term exercise could provide beneficial effects on blood pressure, body weight, and diabetic metabolic parameters. Recent studies suggest that exercise could modulate the levels of circulating exosomes and miRs, which are known to be majorly carried by EXs. We have recently demonstrated that exercise could modulate the level and contents of circulating EPC-EXs. Further studies will focus on the effects of exercise on different organs, such as adipose tissue, vessels, and the brain through the communication of EXs. The correlations of the level and contents of EXs after exercise with the outcome of strokes and diabetes will also be explored.